Hercules JTH to feature in the Bolesworth Elite Auction

Eye catching colt by sire of the moment Faltic HB.

This stunning colt is by one of the most talked about sires of the moment, Faltic HB, a top son of Baltic VDL, is out of one of the best mother lines in Holland, with over 100 offspring jumping 1.50m and above. He was fully approved as a 4 year old by the AES, and his career has gone from strength to strength, now an important member of Ben Maher’s string, he has had numerous recent podium finishes in the GCL this season, together with strong World Cup and Nations Cup performances.

His dam, Impossible II Z has had a strong career up to 1.40m level, and is uterine sister to 1.60m performer G & C Sonny (AKA United III), who was ridden to Nations Cup level by Rodrigo Pessoa at the peak of his career. She is also uterine sister to a number of additional International performers including 1.45m horse Alou.

This strong short coupled colt is a real head turner, and a great example of the modern scopey type that Faltic HB is producing consistently – a real star for the future!

See his video below: 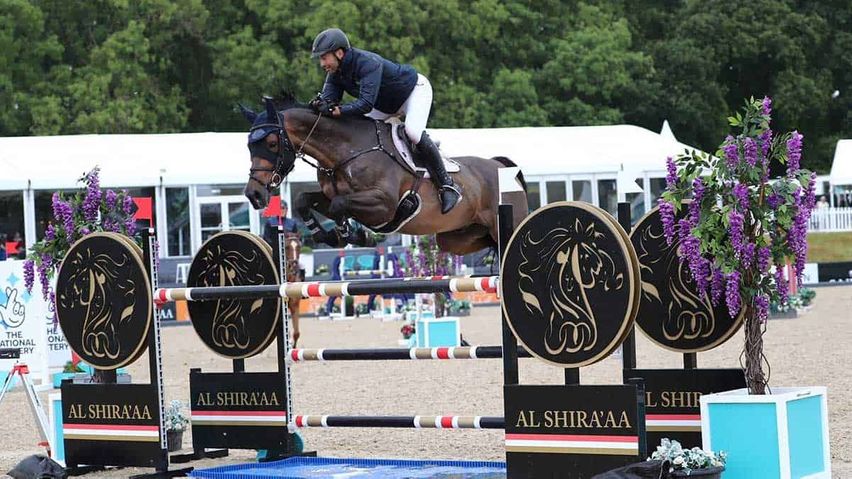 Thanks to Horse and Rider Magazine for a great article

NOTHING GENTLE ABOUT JAY HALIM’S START TO BOLESWORTH INTERNATIONAL CAMPAIGN

We’ve only concluded two says of action at this year’s Dodson & Horrell Bolesworth International Horse Show (29 June – 3 July 2022) and British showjumper Jay Halim has already notched up top-five placings in all but one of his six classes. Headline star of Jay’s stable so far is the 11-year-old gelding, Gentle, owned by P Noriko Gallagher and Jay, who won the Bloomfields Horse CSI3* 1.40m with an unbeatable second-phase time of 33.56 seconds.

“It was his first day jumping today so it was a great start for him,” said Jay of Gentle, who enjoyed his best result to date at the glorious Cheshire venue.

“Gentle by name, but definitely not gentle by nature! He runs on his adrenaline,” Jay continued. “He’s a very good horse and he’s very careful but he can be a bit hit and miss. However, today it really paid off in our favour.”

Jay and Gentle didn’t end their day there, though, later taking part in the ever-exciting Ride and Drive class – a fun class over smaller fences that combines showjumping with motorcar driving. Jay won the class last year, but this time settled for fifth.

Narrowly missing out on star pupil was Aragon Z, the 11-year-old gelding owned by Duncan Arthurs and Jay, who stood second in the CSI3* 1.45cm World Ranking class behind Ireland’s Anthony Condon on Creevyquinn Pearl. A lucky stomping ground for the grey, Aragon won the Bolesworth International Grand Prix in 2020, so it’ll be worth keeping your eyes peeled for this combination throughout the remainder of the competition.